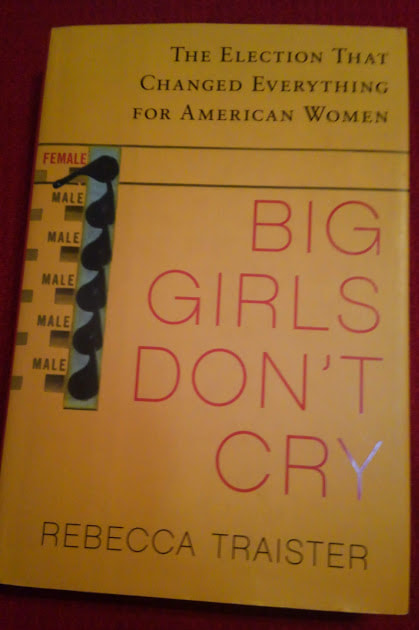 Big Girls Don't Cry: The Election that Changed Everything for American Women by Rebecca Traister (Used)

from Goodreads: "It was all as unpredictable as it was riveting: Hillary Clinton’s improbable rise, her fall and her insistence (to the consternation of her party and the media) on pushing forward straight through to her remarkable phoenix flight from the race; Sarah Palin’s attempt not only to fill the void left by Clinton, but to alter the very definition of feminism and claim some version of it for conservatives; liberal rapture over Barack Obama and the historic election of our first African-American president; the media microscope trained on Michelle Obama, harsher even than the one Hillary had endured fifteen years earlier. Meanwhile, media women like Katie Couric and Rachel Maddow altered the course of the election, and comedians like Tina Fey and Amy Poehler helped make feminism funny. What did all this mean to the millions of people who were glued to their TV sets, and for the country, its history and its future?

As Traister sees it, the 2008 election was good for women. The campaign for the presidency reopened some of the most fraught American conversations—about gender, race and generational difference, about sexism on the left and feminism on the right—difficult discussions that had been left unfinished but that are crucial to further perfecting our union. "