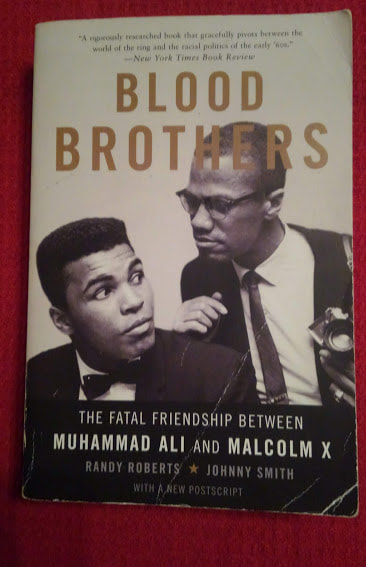 from Goodreads: "Based on previously untapped sources, from Malcolm's personal papers to FBI records, Blood Brothers is the first book to offer an in-depth portrait of this complex bond. Acclaimed historians Randy Roberts and Johnny Smith reconstruct the worlds that shaped Malcolm and Clay, from the boxing arenas and mosques, to postwar New York and civil rights-era Miami. In an impressively detailed account, they reveal how Malcolm molded Cassius Clay into Muhammad Ali, helping him become an international symbol of black pride and black independence. Yet when Malcolm was barred from the Nation for criticizing the philandering of its leader, Elijah Muhammad, Ali turned his back on Malcolm-a choice that tragically contributed to the latter's assassination in February 1965.

Malcolm's death marked the end of a critical phase of the civil rights movement, but the legacy of his friendship with Ali has endured."