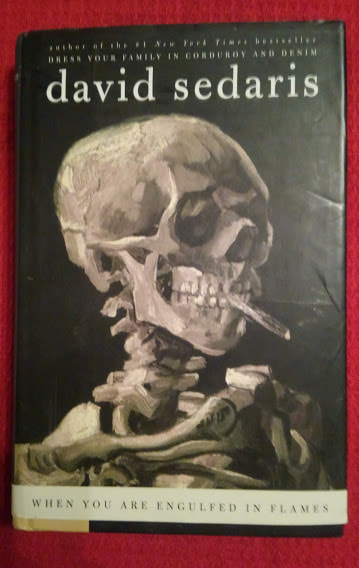 When You Are Engulfed in Flames by David Sedaris (Used)

from Goodreads : "David Sedaris has written yet another book of essays (his sixth). Subjects include a parasitic worm that once lived in his mother-in-law's leg, an encounter with a dingo, and the recreational use of an external catheter. Also recounted is the buying of a human skeleton and the author's attempt to quit smoking In Tokyo. Master of nothing, at the dead center of his game, Sedaris proves that when you play with matches, you sometimes light the whole pack on fire."